If you are in immediate danger, please call 999. The Welsh Assembly has been devolved powers under the Wales Bill to make changes to the country’s parental law. One of its first acts is to pass legislation banning the right of parents to use force to discipline their child.

If the law banning smacking goes through, other nations in the UK; Northern Ireland, England and Scotland are likely to follow suit.

Countries that have banned smacking

Currently 52 countries around the world have outlawed smacking, including France (even though most parents believe in corporal punishment).

Britain is only one of four countries in Europe in which it is legal for parents to use moderate, reasonable force to discipline their child.  This led to the Council of Europe to heavily criticise the UK in 2010 for not banning smacking outright.

Is smacking illegal in UK? 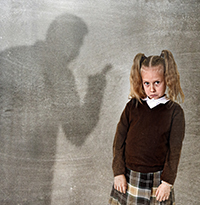 Section 58 of the Children Act 2004 states that it is an offence for a parent or carer to smack a child except where it amounts to ‘reasonable punishment’.

If you hit a child with a force or in a manner that wounds them or causes harm, you can be charged by the police.

Can teachers smack children under their care?

No, it is illegal for teachers and childcare workers to smack.

Has anyone tried to ban smacking in the UK before?

Various pressure groups, the Children’s Commissioner and international organisations, including the United Nations have attempted to force the UK to ban smacking.  The last time the issue was considered was under Tony Blair’s Labour Government.  A partial ban was introduced but Ministers rejected bringing in a full prohibition.  Tony Blair later admitted in an interview that he smacked his own children.

In the interview the then Prime Minister said, “... I think, look, this smacking... I mean, I agree with what you just said, I think everybody actually knows the difference between smacking a kid and abusing a child."

Where can I get help if my child or I are being abused?

If you and/or your children are being abused, you can seek help through Refuge, the police or by contacting a solicitor.  You can find expert family law solicitors in your area by searching on our website.