Have You Got A Pet-Nup? Almost everyone is familiar with Pre-Nups (short for prenuptial agreements) but have you heard of a Pet-Nup? If you haven’t, you may be in danger of risking a ‘War of the Fido’ situation as opposed to a ‘War of the Roses’ should your marriage crumble later down the line.

Model Kate Moss and Jamie Hince squabbled over custody of their dog when they divorced, and Cheryl Cole reportedly fought bitterly for custody of dogs Buster and Coco after her 2010 divorce from footballer Ashley Cole.  Many couples are requesting their solicitor draft Pet-Nups, to ensure the welfare of their animals is provided for should they divorce.

Are Pet--Nups popular in the UK?

Recent research highlights one in three (31%) of animal loving couples fear their pets could become a tug of love victims if they split up.

When asked, almost a third of UK couples has or would consider putting a Pet-Nup agreement in place in case their relationship breaks down.  According to the research, younger couples are most likely to put an agreement in place, with almost 38% doing so, in comparison to only 11% of couples aged 55 and over.  Two-thirds of couples stated that arguments over who got custody of their animals added to the emotional stress of their divorce.

Interestingly 39% of couples surveyed jointly owned their pet(s), with their partner, however, almost half of women surveyed stated that they would demand custody of their pet, should they separate as opposed to less than a quarter of men.  Two-fifths of British people admitted they had made no plans for the welfare of their pet should their relationship founder. 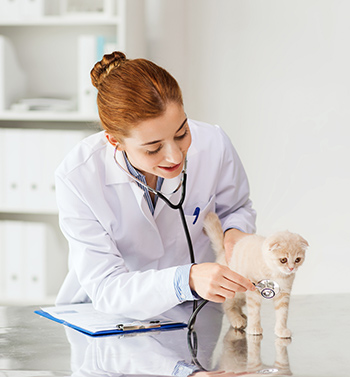 What Does a Pet-Nup Involve?

A Pet-Nup sets out who has primary custody of your pet, or if you and your ex-spouse opt for shared custody, details on how the days will be split.  It will also outline who is responsible for making decisions about the pet’s welfare, and who will pay for any vet care required.

Do animal charities support the use of Pet-Nups?

Yes, in fact, The Blue Cross has drawn up a draft Pet-Nup document that can be downloaded from their website.  It sets out who will legally own any pets in the event of a divorce.

Unfortunately, many loved animals end up in shelters following a divorce due to the couple being unable to agree as to the care and welfare of the animal.  To avoid this tragic situation, it prudent to hope for the best but plan for the worst and organise a proper Pet-Nup document, so your vulnerable animals are protected.

To find a family solicitor in your area, search through Solicitors Guru today.