The procedure for getting a divorce in the United Kingdom is relatively straight-forward.  This page has been created to give you an overview of the process and what to expect.

What are the Grounds for Divorce?

There is only one ground for divorce and that is that the marriage has ‘irretrievably broken down’ due to:

How do I Petition for Divorce and Serve Documents on my Spouse?

The first step to applying for a divorce is to file a petition for divorce in Court.  Once this is done, you will need to service notice of the petition on your estranged spouse (who will become known as the Respondent), either by post or in person.  Proof of the serving of the notice will be required.

Can I Defend a Divorce?

Very few divorces in the UK are defended and even less are defended successfully. If the Respondent decides to defend their position, they must file a response to the grounds for divorce laid out in the petition within the time limit prescribed.

If the divorce is undefended, and all the procedural requirements have been met, the District Court Judge will approve the petition for a Decree Nisi.

What is a Decree Nisi?

The Decree Nisi refers to the granting of the date the Judge has declared the marriage between the parties will end.

What is a Decree Absolute?

How do I Make Arrangements for my Children?

If you and your spouse have children, you will need to show the Court you have made suitable arrangements for them before the Decree Absolute is granted.  In the UK, the presumption is that arrangements for children work best and are more likely to stick if they are worked out between the parents themselves. 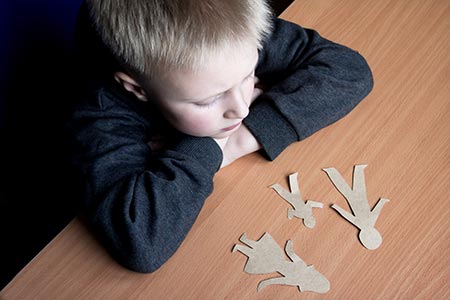 A Mediator can help to facilitate an agreement between parents as to whom the children of the marriage live with and how often they will see the parent with whom they do not reside.

Family mediation is a highly effective process and allows parties to reach agreements between themselves.  Once you and your spouse have made a decision regarding arrangements for your children, a Memorandum of Understanding will be sent to both your solicitors.  Once you have agreed to the points set out then the agreement will become binding on your both.

Sometimes, in cases involving high animosity or where there is domestic violence involved, Mediation cannot or should not be used.  In these situations or where Mediation has failed, couples can apply to the Court for a Child Arrangement Order.

Before going to Court, couples must attend a Mediation Information and Assessment Meeting (MIAM) unless circumstances apply which mean you do not have to attend. These can include:

From 22nd April 2014, the terms residence orders and contact orders were abolished and replaced by “child arrangements orders”. These orders establish:

In practice, these are very similar to residence and contact orders.

Once you have confirmed with the court that a MIAM has been attended, you can serve an application for a Child Arrangement Order on the Respondent.  Once this is done, you will receive a date for a ‘first hearing dispute resolution appointment’.  In this session, the Judge will examine the reasons why you have brought the application to the court.  If the matter cannot be settled at this first hearing or the Judge requires further information, he or she will set a date for when further documents need to be filed in court.  A date for another hearing will then be set.  At this hearing, the Judge will ask the parties if they can come to some agreement on the disputed matter, for example, with whom the child is to live with during the week, and then make a formal order to that effect. 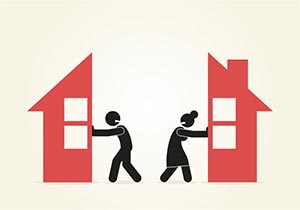 How do we Work Out the Financial Settlement?

As with arrangements for children, arranging how to split assets from a marriage between the parties is best worked out between the parties themselves.  If parties to a divorce cannot reach an amicable solution as to how to divide matrimonial property and assets, the Mediation process can assist in helping couples come to a suitable agreement.

If Mediation fails, there is abuse involved in the marriage, or there is a great deal of money involved, couples can apply to the Court to have a Financial Order made by a Judge.

Although a 50/50 split of marital assets may be a starting point, contrary to popular belief, this is not an assumption.  To establish a fair and reasonable financial settlement, the Court will consider a number of factors including:

Every case is decided strictly on its own merits.

The law states that the financial obligations between spouses should cease as soon as possible after the end of the marriage. However, if an order for spousal maintenance is made, a clean break may not be realistic unless there is enough capital or money available to cover future maintenance needs.  If this is the case, the Court can make an order for a one-off payment, which relieves both parties of any future financial obligations to the other.

If you require advice from a Solicitor regarding getting a divorce, then you can use our