A heart-breaking case was put before a High Court judge in March by the parents of a critically ill seven-month old baby named Charlie. Charlie suffers from a rare strain of the genetic condition known as mitochondrial depletion syndrome. Doctors at Great Ormond Street have told the desperate parents that they can do nothing further for the baby and he should be allowed to “die with dignity”.

Charlies’ parents have applied to the Court to have an order made to keep the baby’s life-support machines turned on so he can receive pioneering treatment in America.

This is not the first time a child’s parents have approached the courts to intervene with regards to medical treatment for their child.  Most often, it is the hospital making an application to make the child a ward of the court, in situations where parents refuse to consent to lifesaving medical treatment.

What does wardship mean?

Wardship occurs when a child under the age of 18 years is made a ward of the court.  The High Court is given temporary parental guardianship over the child for their safety and protection.  Although the parents or local authority (if the child is in care) can continue to look after the child on a day-today basis, the court’s permission will be needed for certain matters.

In what circumstances is wardship granted?

As in the case described above, wardship can be granted to ensure that a child obtains life-saving medical treatment that may save their life.  However, it can also be used to protect a child from: 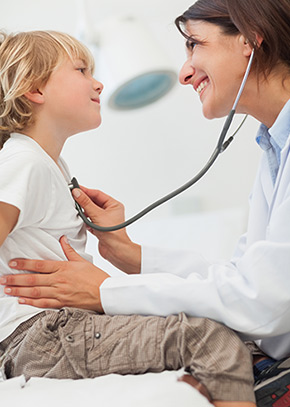 Wardship is a solution of last resort and should only be used if no other remedies to the situation can be utilised.

How long does wardship last?

Wardship will last until the child turns 18 years or a care order is made pertaining to the child.

What is the procedure for making a child a ward of the court?

Any person with a ‘genuine interest in or relation to the child’ can apply for wardship.  An application must be made to the High Court using form C66.

Once a child has been made a ward of the court, the court’s permission must be sought regarding matters such as:

Wardship can be a difficult decision to make for parents, carers or anyone interested in the welfare of a child.  If you need to talk to a family solicitor regarding wardship, you can find one near you by searching through Solicitors Guru.