What will happen to the EU farming subsidies?

The Common Agricultural Policy (CAP) was set up in 1957 to ensure Europe never again faced starvation of the like that was seen during and following the Second World War by improving farming productivity.  It costs the bloc almost 40% of its annual budget.

It works by rewarding farmers for using their land in certain ways and for environmentally sustainable practices such as looking after wild grassland.

Direct payments are made to farmers and access is provided to a €5.2bn pot designed to fund rural development projects between 2014-2020.

Will CAP be replaced when Britain leave the EU?

A recent report by Informa Agribusiness Intelligence stated that if subsidies were to cease, 90% of farmers would face insolvency and land prices would plummet.

The UK government has said it will continue to match subsidies until 2020, but after that no one knows what will happen.  Farming Minister, George Eustice has stated that Britain could afford to continue the subsidies.

John Hardman, director of Kenilworth-based HOPs Labour Solutions told the Financial Times that “Post-Brexit, Romanians and Bulgarians have had the view that Britain is a xenophobic, anti-European place and that they can go to Germany, Holland and Belgium, with better conditions and earn better wages, since the devaluation of the pound has reduced their net income by 15-20 per cent”. 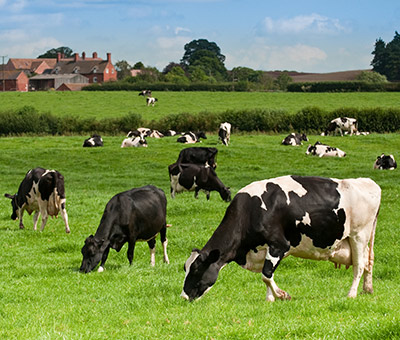 Are there any plans to deal with horticultural trade?

As with other industries, there has been no clear policy surrounding horticultural trade with the EU laid out by the British Government.  If a deal cannot be reached, farmers will have to rely on WTO rules when trading with the bloc, which could involve tariffs of up to 20%.

Currently, 90% of beef and lamb and 70% of pork products are exported to the EU.

Organising trade deals outside the EU for animal products may prove very difficult, due to public opposition to any drop in animal welfare standards.

To find out more about legal matters pertaining to farming and Brexit, you can find an agricultural law expert on Solicitors Guru today.