On 24th January 2016, the Supreme Court passed its ruling on an appeal by the UK Government on whether the Secretary of State could trigger Brexit without obtaining permission from Parliament by exercising Royal Prerogative powers. The 11 learned judge ruled that a Bill must be put before Parliament. Only then could Article 50 be triggered, beginning the formal process of the UK leaving the EU.

David Davis, Secretary of State for Exiting the European Union, told newspapers on the day of the ruling that a Bill will be put before Parliament in days.  It is likely to be passed urgently through both Houses and receive its Royal Assent within weeks.

To protect their residency status, UK immigration lawyers are urging EU nationals living in the UK to apply for permanent residency status.  This article will tell you everything you need to know about applying.

What is an EU Permanent Residence?

Under EU law, an EU national who has been exercising their Treaty rights in another EU member state for five years is considered a 'permanent resident' of their adopted member state.

Do I need documentation to prove my permanent residence status?

No, permanent residency status is granted automatically after five years.

So why do I 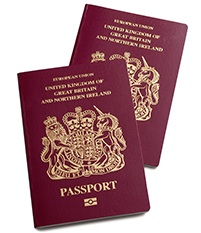 In late 2015, the UK Government quietly brought in a new rule that requires EU nationals who applying for British Citizenship to have a Permanent Residence Card.  After Britain leaves the EU, many EU nationals who have lived here for decades will want surety over their residency rights.  The best way to obtain this is to apply for citizenship.

What are the requirements for obtaining a Permanent Residence Card?

To get a Permanent Residence Card you must have been living in the UK for five or more years; and exercising your Treaty rights during that time.

What are EU 'Treaty rights'?

A person is exercising their Treaty rights in another EU member state if they are:

Jobseekers can be considered qualified persons in certain circumstances.

In the UK, students and self-sufficient persons must also have Comprehensive Sickness Insurance.

Can my non-EU family member acquire permanent residence status with me?

Yes, your partner, spouse or children (under the age of 18 years) can acquire permanent residence status as long as you can prove you have been exercising your Treaty rights for five or more years.

What documents do I need to provide with my application?

You need to provide evidence that you have been working (either as an employee or self-employed), studying or are a self-sufficient person.  Documents such as payslips, bank statements, invoice books, letters from employers or your university can be used.  Students and self-sufficient applicants will also need to show evidence that they have comprehensive sickness insurance.

Can I lose my permanent residency status?

If you live outside the UK for more than two years you could lose your permanent residence status.

If you have any further questions about permanent residence, you can find an expert immigration solicitor on Solicitors Guru.