Many people are surprised by the amount of power that police have when it comes to investigating suspected traffic offences such as driving under the influence of drink and/or drugs. However, it is important that the police exercise their rights within the boundaries of the law and ensure the person they are investigating understands their rights. 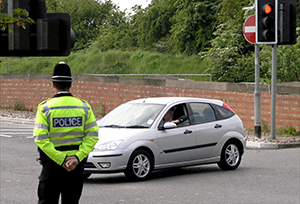 What powers do the police have if they stop my vehicle?

If you are driving on the road, the police can stop you for any reason.  If they do signal you to stop, you must obey by pulling over in a safe place.

If you’re stopped, the police have a legal right to ask to see your:

If you do not have these papers to hand, you must produce them at your local police station within seven days. Failure to do so is a criminal offence.

Can police insist on a preliminary test if they suspect I am driving under the influence of alcohol or drugs?

Under the Road Traffic Act 1988 (RTA 1988) there are three types of preliminary tests.

If the police have reasonable suspicion to suspect that you are driving or about to drive a vehicle whilst impeded by drink and/or drugs, they can demand you co-operate with a preliminary test.

What if I have made it home?  Can the police demand entry to test me?

The police have an implied licence to enter a person’s premises if they are carrying out their lawful business.  Therefore, the police may enter any premises, by force if necessary, to either administer a preliminary test or make an arrest.  The power to enter a premises arises in circumstances where an officer has a reasonable belief that the person in the premises was driving at the time of an accident in which a person was injured.

The force used to enter a premises must be reasonable in the circumstances.

In cases not involving accidents, where police have a reasonably suspicion that the defendant is driving under the influence of drink or drugs or has committed a road traffic offence, the police may pursue a defendant in order to obtain a preliminary test. This means that a defendant cannot evade prosecution by driving away from police and parking on private property. 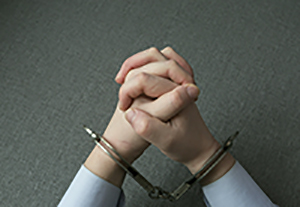 Can the police arrest me?

Yes.  Following a preliminary breath test, if the police reasonably suspect that the proportion of alcohol in the defendant’s breath or blood exceeds the prescribed limit, then they have the power to arrest a person without warrant.

The police further have the power to arrest a person without warrant if:

If you are arrested, you have the right to a solicitor, whom you should contact immediately.

The police have searched my vehicle, is this normal?

Police officers may search for and seize stolen or prohibited articles, including vehicles, as long as they have reasonable grounds for suspecting they will find something illegal. The power entitles the police to stop and search any vehicle or person, using reasonable force if necessary.

If you have been stopped, searched or made to comply with a preliminary test and feel it was either:

then you need to get in touch with a solicitor as soon as possible.

You can find an expert traffic law solicitor by searching through Solicitors Guru.