Is someone who commits a criminal act mad or evil? If a jury decide the accused in a criminal trial is the former, they can return a verdict of ‘not guilty by reason of insanity’ under Trial of Lunatics Act 1883.

What is the definition of insanity?

The definition of insanity is a legal one and is governed by rules set out in the case of R v M’Naghten [1843]. This case set out two rules (known as the M’Naghten rules) that govern the defence of insanity and still apply to this day:

What are the elements of the defence of insanity?

Medical insanity and legal insanity are completely separate, and just because a person is declared legally insane it does not necessarily follow that they are medically insane and vice versa.

In the case of R v Kemp [1956], the court held that the test is not simply whether there is some damage to the physical entity (although the mental disorder may have a physical origin) but whether the mental faculties of reason, understanding and memory are impaired or absent. 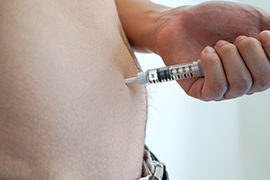 For example, in the case of R v Hennessy [1989], the accused was in a hyperglycemic state (excessive blood sugar) at the time offences were committed. He had not taken his insulin and had not eaten for several days. The court held that the malfunctioning of the mind of the accused was caused by a disease, namely diabetes and therefore the defence of insanity was available to him.

In R v Burgess [1991] the court held that violence committed while sleepwalking was due to an internal factor which might recur, and therefore amounted to a disease of the mind.

What if the accused knew their actions were wrong?

An accused cannot rely on the defence of insanity if he knew that his act was legally or morally wrong by the standards of ordinary people.  For example, in the case of R v Windle [1952], the accused thought that he was morally right to kill his suicidal wife. When arrested he said ‘I suppose they will hang me for this’. The court ruled that his words meant that he knew that what he did was legally wrong and therefore he was unable to rely on the defence of insanity.

The defence of insanity is extremely difficult to establish.  It takes an expert criminal solicitor to build a case where insanity can be relied on.