If you are caught in possession of a controlled drug you have committed an offence under UK law. You are unlikely to face incarceration for a first offence; however, there will be serious consequences to face if you are caught.

What are controlled drugs?

It is an offence for a person to have a controlled drug in his possession.

To obtain a conviction, the prosecution has to prove, beyond reasonable doubt that:

How do the courts define ‘possession’?

Be warned - A defendant remains in possession of the drugs even if they forget they had them.

What are the defences available if I am caught with a controlled drug?

If the defendant did not know, suspect or have reason to suspect that the substance in their possession was a controlled drug, they may have a defence.

A defence is also available if the defendant can show they took possession of controlled drugs to prevent the commission or continuance of a criminal offence by another. To rely on this defence, the defendant must take all reasonable steps to destroy the drug or to take it to the police as soon as possible. 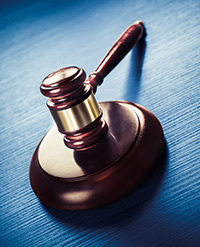 Sentencing will depend on the class of drug found in the defendant’s possession and the amount they had on them.

Previous convictions for drug offences will more likely lead to prison. If a guilty plea is entered the defendant is entitled to credit of up to a third off his sentence.

The maximum custodial sentences are as follows:

In May 2016, it became an offence to produce, distribute, sell or supply what are otherwise known as new psychoactive substances.

Police also have the power to search a person they suspect of possessing a psychoactive substance and destroy the substance if they find it.

If you are caught by police with small amounts of the drugs, the government says you will not be arrested.

Being arrested for the possession of a classified drug is a serious offence that carries a custodial sentence.  Therefore, you should seek legal advice immediately.