Dating a colleague is not illegal under UK law. If you are ‘let go’ and you believe that the reason for your dismissal is linked to your relationship then you may have a case against your employer for unfair dismissal. Office romances are very common. Consider these recent statistics:

What is the law regarding office romances?

Article 8 of the European Convention on Human Rights guarantees the right to private and family life, so consequently, there is no law against office romances in the United Kingdom, and if you are fired because of having one, you may have a good case against your employer for unfair dismissal (more on this later).

Many companies will often include a policy on office romances within their company handbook.  This will offer guidelines on the conduct that is expected of staff members involved in an intimate relationship and outline how breaches of confidentiality or inappropriate behaviour will be dealt with.

It has become common for organisations to insist that employees embarking on a workplace relationship inform their line managers, so they can assess if any conflicts of interest occur.

Can I date my boss?

If you begin a relationship with your line manager, it is prudent that you both inform your Human Resources department as soon as you both feel things are becoming serious.  In these situations, which can easily lead to gossip and resentment among other colleagues (especially if the person in the superior position grants a promotion or juicy project to his or her report), all parties involved may find it easier to change reporting lines to avoid any conflicts of interests.

What are love contracts?

Originating in the United States, love contracts are becoming more popular in the United Kingdom.  Although you may immediately think of Anastasia and Christian’s agreement in Fifty Shades of Grey, a workplace love contract is not nearly as interesting.  It is simply a document stating that both parties entered the relationship under their own free will, and in theory will prevent any sexual harassment claims being brought in the future, should the relationship head south.  It may also set out how the parties to the relationship will relate to each other in the hours of work.

However, in practice, love contracts are unlikely to hold up in the British courts for two reasons:

If you are dismissed for refusing to sign a love contract or a similar type of agreement, it is likely that your dismissal will be viewed as automatically unfair.

What are my rights if I am dismissed because of an office romance? 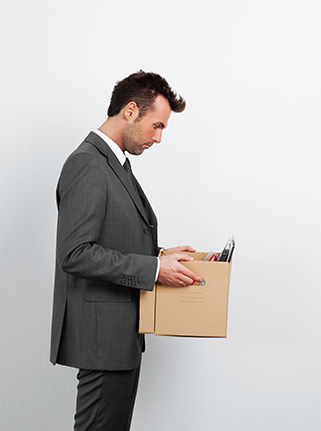 If you are dismissed once a workplace relationship is discovered, or, as is more common, after it has ended, what are your rights?

Even if an employer manages to establish, on the balance of probabilities, that the dismissal was fair, if he or she failed to follow correct procedure when dismissing the employee, the termination of employment can still be deemed unfair and damages awarded.

If you and a colleague are caught having intimate relations in the office store cupboard (or some other area of the workplace) it is possible that both of you could be dismissed for gross misconduct.  The legal definition of gross misconduct is conduct so reprehensible that it would be unreasonable to expect an employer to employ the party or parties in question any longer.

If you feel you have been unfairly dismissed, you can find an experienced employment solicitor by searching through Solicitors Guru today.