On 23rd June 2016, the British public took to the polls to vote whether or not to remain in the European Union (EU) or to leave. They voted leave.

Three months after the referendum, the currency is still low enough for summer tourists to have enjoyed spending up large over July and August, the markets have stabilised and Theresa May is the country’s second female PM.

Still, many questions remain unanswered, such as: “when is Article 50 going to be triggered?”, “will Britain remain in the single market?”, and “what will happen to all the EU nationals currently living in the UK?”.

In an attempt to give some clarity, we decided to put together a list of answers to the most common questions surrounding Brexit.

Why was the In/Out Referendum held in the first place?

Back in January 2013, David Cameron committed to an In-Out referendum on Britain’s membership in the EU. He chose to make this pledge to try to unite his Conservative MPs (many of whom were confirmed Eurosceptics), see off a challenge from the rising populist party UKIP and put Labour, unwilling to countenance a vote on the EU, on the back foot. 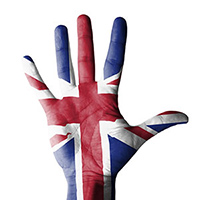 main supporters of Remain and Leave?

The Leave campaign was officially headed by former London major, Boris Johnson and Michael Gove.  UKIP leader, Nigel Farage, who had battled for years to get Britain out of the EU was never an official member of the Leave campaign but spent a lot of time going around the country supporting it.

Remain was headed by Prime Minister, David Cameron, Chancellor George Osborne, and supported by the Labour Party and most of big business.

How did Leave win?

There are numerous reasons why the Leave campaign won.  Many British people were frustrated by the perceived influence Brussels has on English law, immigration was a very strong deciding factor for many.  Many people have felt completely disenfranchised over the last few decades, especially those who worked in mining, manufacturing and fisheries -  industries that have been reduced to almost non-existence over the last 30 years.  This was one of the main social groups that voted to leave the EU.  Older voters were also more likely to vote Leave and they are more likely to turn up to the polling stations.

How can a country leave the EU?

To formally begin the process of leaving the EU, the Prime Minister has to invoke Article 50 of the Lisbon Treaty.  This will provide both the UK and the EU a period of two years to negotiate the ‘divorce settlement’.  One of the main points which will need to be clarified is the residency status of the three million or so EU nationals residing in the UK and the one million or so UK nationals residing in the other 27 member states.

No date has been set for triggering Article 50 but ministers have indicated it will be invoked in early 2017.

Can the UK leave the EU but remain in the single market?

Other countries such as Norway and Switzerland are not part of the EU but have access to the free market.  However, one of the main conditions of being able to trade freely within the EU is that all countries have to abide by the principle of ‘free movement’.  This means that people from all 28 member states have the right to move within the member states unrestricted for the purposes of work, study and self-employment.

Limiting immigration was one of the prime motivators that drove Leave voters to turn their back on the EU.  It is unlikely that those that supported Leave will therefore accept any retraction on being able to control Britain’s borders in exchange for access to the single market.  The EU has so far refused to bend on the issue of free movement because it does not want to encourage other nations to leave the single market.

The process requires the UK to unpick some 80,000 pages of laws binding the UK to the EU. Some will be kept, because some areas of EU policy are shared with non-EU countries, like Norway and Switzerland.

Does the two-year exit include negotiating trade deals with the EU and other countries?

No, the two-year ‘divorce settlement’ is completely separate from working out the terms of how Britain will continue trading with the EU outside of the single market.  Experts believe it will take up to ten years to negotiate the necessary terms and conditions for trade agreements, not only with the EU but with all the other countries the UK has trade deals with as a consequence of its membership of the single market.

What are the biggest challenges the UK faces in terms of exiting the EU?

Britain faces enormous challenges when it comes to leaving the EU.  The bloc is our biggest trading partner and we currently enjoy tariff-free access to a market of 500,000 million people.  The EU also has a standard regulatory framework for all goods sold throughout the 28 member states, meaning a British business can manufacture a computer in the UK and sell it immediately in Denmark or Austria without having to meet any further regulatory requirements issued by those two countries.

Brexit will be the biggest political, economic and social shake-up to affect Britain and Europe for generations.  New challenges, as well as opportunities are presenting themselves every day.  It is only once Article 50 is triggered that we will have a clear idea of the full impact of the British peoples’ decision back in June 2016.

Until then, we all must sit tight and hope the Government has a strong, solid plan to lead the country through what could be very turbulent times ahead.

If you need legal advice regarding issues surrounding Brexit such as immigration, please use our service to search for a solicitor in your area.

Is Your Marriage A Sham?

Applying for Indefinite Leave to Remain

How To Get A Tier 4 (General) Student Visa

How to Get a UK Work Visa