One of the lesser known functions of a notary involves the notarisation of matters relating to international shipping. Given that for most of civilisation’s history, the sea has been the main avenue for transporting goods and conducting trade between nations, the notary profession has had a long and distinguished involvement in the law of the sea. For example, during the colonisation of America, notaries, who were selected from individuals of the most principled character, where depended upon to provide impartial reports as to the cause of damage or loss of goods at sea.

This article aims to explain some of the services notaries can provide in the area of maritime issues.

The three main areas of shipping that notaries are concerned with are:

Sale and Purchase of Vessels

Notaries differ from solicitors in that their duty is not only to their client, but to the documents that they are handling and the individuals directly affected by those documents.   One of the main purposes of having a document notarised is to avoid fraud, especially when an individual is dealing with a person or company in another legal jurisdiction that they are never likely to meet.  The sale and purchase of vessels, especially large merchant ships, often involves multiple legal jurisdictions and given the vast amount of money at stake in this particular type of purchase, there is a legal requirement to have certain documents and signatures notarised. 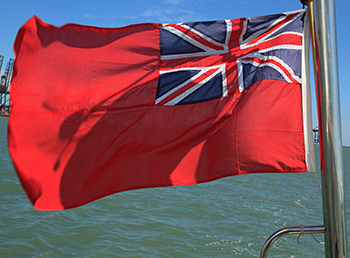 A ship’s registration is akin to a person’s passport.  International law requires that every merchant ship be registered with a certain country and this jurisdiction becomes known as the ship’s “flag state”.  The ship and its crew are then bound by the laws and any ratified treaties of that particular state.  If a particular state’s maritime law allows, an owner of a vessel can register a ship in a country not of their citizenship in order to avoid having to follow certain aspects of their countries maritime regulations, for tax planning purposes or obtaining cheaper operating costs.  This is known as obtaining a “flag of convenience”.

Different countries have different requirements regarding the procedure and documents needed in order to complete the registration of a ship to make that particular country its flag state.  However, in most cases, officials will require to see a notarised copy of the bill of sale and an attestation by a notary that the bill of sale is the true copy of the original one.

In the context of shipping, a note of protest (sometimes called letters of protest or sea protest) is a declaration, sworn under oath by a ship’s owner or master, that damage to their ship’s cargo was caused by the perils of the sea, not by the negligence of the master, crew or ship’s owner, and that the aforesaid parties are not in any way liable for the damage that has occurred.

Notes of protest are generally made by the master when the ship docks at its port of destination.  As the note has to be sworn under oath a notary must be present.  As it can often be difficult for a master to leave his or her ship, they notary will often come on board the vessel to administer the oath and document the details.

Due to the complexities involved in dealing with a wide range of international jurisdictions, the role of a notary in maritime matters is necessary for the protection of all those involved in making a living from merchant shipping.

If you require attestation by a notary public for any of the documents mentioned search for a solicitor who also provides notary services through Solicitors Guru.