Arbitration is where a dispute is submitted, by agreement of the parties, to one or more arbitrators who make a decision on the disagreement. The decision is final, binding and enforceable throughout domestic and international jurisdictions. Arbitration is used extensively to resolve international contractual disputes.

What are the main advantages of arbitration?

The main advantages of arbitration are the process is flexible and the procedure is confidential.

For example, a litigation procedure is generally heard in an open court and parties to the proceedings have not ability to pick the judge.  In contrast, parties are free to select their own Arbitrator and the setting the arbitration will take place in, the jurisdiction, language and manner of the proceedings.

However, although parties can agree on all aspects of an arbitration they will be bound by any mandatory rules of the jurisdiction in which they choose to arbitrate. Under the Arbitration Act 1996 (AA 1996), parties arbitrating a dispute in England, Wales or Northern Ireland cannot exclude certain parts of AA 1996, including the right to challenge an award before the courts on the grounds that the tribunal lacked substantive jurisdiction (AA 1996, s 67) or in circumstances where there is a serious irregularity (AA 1996, s 68).

How are Arbitrators appointed?

Parties can name an agreed Arbitrator in the governing contract.  If an Arbitrator has not been nominated in the contract, there are some rules that govern their selection, but the parties can agree to deviate from them.  For example, the London Court of International Arbitration (LCIA) and the Arbitration Rules of the International Chamber of Commerce (ICC), specify that a sole arbitrator, or chairman/presiding arbitrator for a three-person tribunal, shall not be of the same nationality as one of the parties, unless the parties have specifically agreed this.

An arbitration usually comprises of a tribunal, selected by the parties.

Common methods of appointing a tribunal include:

How is an arbitration award enforced? 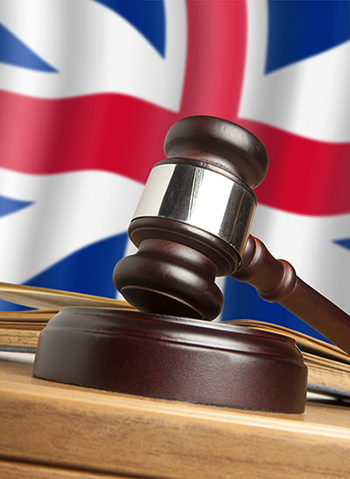 One of the key advantages of arbitration over other forms of dispute resolution is the ease with which an award can be enforced internationally. Arbitration awards are final and binding, with no general right of appeal and few grounds on which they can be challenged under AA 1996. They can be enforced immediately.

In England, an award can be enforced by applying to the court for leave to enforce the award as if it were a judgment of the English court under AA 1996, s 66(1). Alternatively, under AA 1996, s 66(2) the winning party may bring an action based on the award and obtain a court judgment in the same terms. This latter route is used less often, as an English court judgment is generally harder to enforce internationally than an arbitral award.

An award may be enforced worldwide under various international conventions, the most widely ratified of which is the Convention on the Recognition and Enforcement of Foreign Arbitral Awards (the New York Convention). An arbitral award that satisfies the requirements of the New York Convention can be enforced in any signatory state, subject to two reservations. Member States are permitted to impose a reservation of reciprocity, recognising only awards made in other signatory states, or a reservation limiting enforcement to awards relating to commercial matters.

To find an experienced arbitration solicitor in your area, search through Solicitors Guru today.