The Winners and Losers in the New Intestacy Laws

On the 1st October 2014, the Inheritance and Trustees' Powers Act 2014 came into force, and the legislation brings about some major changes regarding the rules of intestacy. Before we get into the nitty-gritty of what changes have occurred, and who benefits most from the revamping of the intestacy laws, we must make clear that it is still highly advisable you organise a valid Will. This is still the only way to ensure that your estate will be divided up according to your express wishes.

The Old Rules Versus the New Rules – What Has Changed?

Prior to 1st October, if an individual died without a Will, then the Rules of Intestacy would decide how their estate would be divided up.  This is still the case; for it is the Rules, not the procedures which have changed.

Couples Who Live Together and Married Couples Without Children

Many people may be shocked to learn th 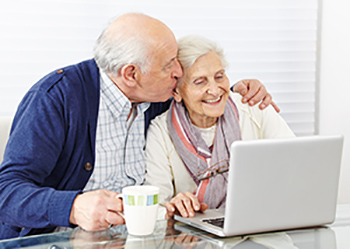 at unmarried couples are still blocked from receiving anything if their partner dies intestate.  And it makes no difference whether they have lived together for 20 months or 20 years.  It is therefore vital to organise a valid Will if you wish to ensure your partner inherits part of the life you have both build together, (or, make a trip down the aisle).

One of the most significant changes brought into force by the legislation affects married couples without children.  Prior to 1st October, if an estate of a person who died intestate was valued at more than £250,000, the surviving spouse would receive £450,000 plus half of the residual estate.  The remaining half of the estate was split between the deceased’s blood relatives.

Under the new rules, the surviving spouse inherits the entire estate. 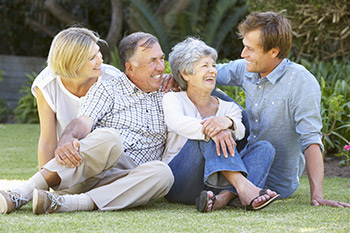 The new rules also sweep away the rather confusing principle that a surviving spouse with children will only receive a life interest in a portion of the estate.  To use an example, Richard’s wife and the Mother of their two adult children, Alice, dies intestate leaving an estate worth £800,000.  Under the rules of intestacy as they were prior to 1st October, Richard would receive the first £250,000 of the estate.  The children would receive half the residual estate (£275,000) immediately.  They would also receive the other £275,000 however, Richard would be entitled to a life interest of the amount.  Therefore, during his lifetime, he could receive an income off the £275,000 (for example rental income if the money was tied up in property) but he could not dip into the capital as this would go straight to the children after his death.

This overhaul of the rules could put quite a strain on family relationships, as if the estate is worth little more than £250,000, the children may only be entitled to a very nominal amount. 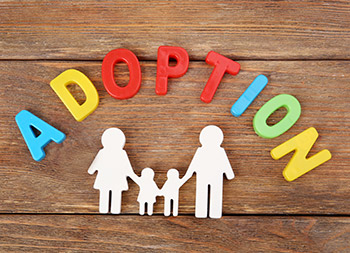 Under the new provisions, children who are adopted after the death of a natural parent (for example, the surviving spouse remarries and the child is adopted by their new spouse) will no longer have to be concerned about losing their share of their natural parent’s estate.  In the past, children who were subsequently adopted risked losing their inheritance if their natural parent had died intestate because, when a child is adopted, they legally become the adopter’s child and technically have no other legal parent.

To close this legislative gap, which can lead to great unfairness by denying a child the right to inherit their parent’s estate simply because the parent did not leave a Will,  the Inheritance & Trustees’ Powers Act 2014 adds to s69 of the Adoption and Children Act 2002 (which deals with any interests the child may have in their possession which is not affected by the adoption, such as an unconditional gift of property etc), with the provision, “any contingent interest (other than a contingent interest in remainder) which the adopted person has immediately before the adoption in the estate of a deceased parent, whether testate or intestate.”

The simplifying of legislation which is nearly 90 years old in some cases, does relieve some of the injustices the intestacy rules have caused to some groups of individuals, such as surviving spouses and subsequently adopted children.  However, co-habitees still miss out on receiving any part of their partner’s estate, and surviving children may also feel short-changed by the new rules regarding their inheritance rights, especially if their natural parents had divorced and the deceased individual subsequently remarried.  If this parent dies intestate, then the children may well receive no benefit from the estate as most of the money will be passed onto the surviving step-parent.

Undoubtedly, the best way to avoid any unnecessary stress and heartache for your surviving loved ones is to make an appointment with one of our solicitors to draw up a legally binding will.

To find a solicitor who can assist you please search through Solicitors Guru for an expert in your local area.

Bereavement Care Advice on Family Financial Security When You are Gone

Do You Qualify For The New Residence Nil Rate Band?

The Advantages of Setting up a Family Trust

What Happens If I Die Without A Will?

How to Organise Lasting Power of Attorney