Most of us have heard of the crime of ‘contempt of court’ but few know exactly what it entails. Formerly known as contempt ‘in the face of the court’, contempt of court means contempt which occurs directly in the court’s presence. This might range from a witness’ mobile phone ringing in court to verbal abuse or interruption of witnesses, judge, counsel etc.

The offence of contempt of court is governed partly by case law, partly by the Contempt of Court Act 1981 and Part 81 of the Civil Procedure Rules (CPR).

then the court may deal with the matter of its own initiative and give such directions for disposal of the matter as it thinks fit.

What actions can be classed as contempt of court?

Examples of contempt of court can vary widely and can include:

What factors should the judge take into account when dealing with contempt of court?

CPR PD 81, para 4.1 requires that the respondent should be given a period of time to reflect on what has occurred and the court should defer consideration of the conduct until such time has passed.

Under para 4.3 the judge presiding over the case has a great deal of scope to allow a person accused of contempt of court to apologise for their actions.  For 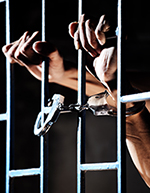 example, if the judge considers that an apology to the court is sufficient, they can decline to progress the matter further.

The judge must give the accused the opportunity to seek legal advice, advise them of their legal aid options and explain the reason for their behaviour if it is decided that a committal application is to be brought.

What are the penalties for contempt of court?

The maximum penalty for criminal contempt of court is two years’ imprisonment.

To find out more about contempt of court, please search for a solicitor in your area using Solicitors Guru.