An injunction is usually a separate action within a larger claim. It is a discretionary remedy that takes the form of a court order and requires a party to either refrain from doing something (prohibitory) or to specifically do something (mandatory). Where a temporary injunction is put in place pending the outcome of proceedings between the parties this is known as an interim injunction (previously known as an 'interlocutory injunction').

Interim injunctions are generally sought where there is a risk that one party to a dispute could cause serious financial or reputational damage to the other party if they are permitted to carry on with certain actions.

What are some examples of acts an interim injunction can prevent?

In commercial disputes a court can make orders to stop a party from doing the following:

When can I apply for an interim injunction?

You can apply for an interim injunction before or after proceedings.  The Civil Procedure Rules govern how an application is to be made to the court; your solicitor will ensure the process is managed correctly.

Do I need to supply the court with supporting evidence?

Applications for interim injunctions generally need to be supported by some evidence.

How quickly can an interim injunction be granted?

Applications for an emergency injunction can be made to the court and without notifying the defendant.

If the emergency arises out of hours, your solicitor may be able to deal with it by telephoning the court and faxing through a draft of the interim injunction application and the reason it is being sought.

In these situations, the court relies on the applicant making a truthful disclosure and he or she has a duty to correct any misinformation or omissions as soon as these become apparent, and to notify the court of any changes in circumstances which become apparent before the hearing.

Failure to do this will result in the injunction being removed and the applicant having to compensate the defendant for any losses resulting from the injunction, on top of any costs incurred.

How will the court decide whether an interim injunction should be granted?

The court will also consider whether or not any potential injustice resulting in the granting of the injunction could be compensated by an award of damages at a later date. 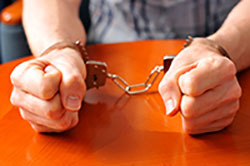 the injunction is breached?

If the party who is subject to the injunction breaches it, he or she will be in contempt of court.  The penalty for this can be imprisonment and/or a fine.

To discuss obtaining an interim injunction, please feel free to search through our website to find a solicitor who specialises in the procedure.

How To Avoid Distribution Agreement Dilemmas

How to Recover a Personal Debt